7 of the best bikes with Gates Carbon Belt Drive 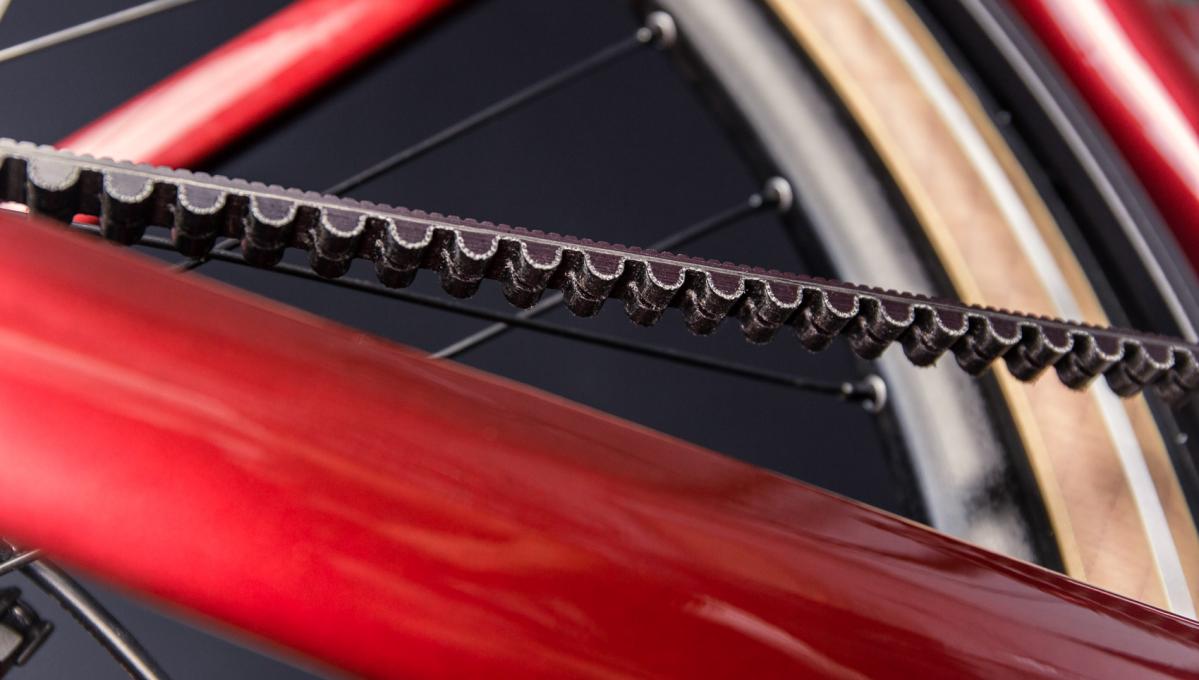 It's easy to be drawn to a bike with Gates Carbon Belt Drive. Maybe it's the promise of many maintenance-free miles ahead or even something as simple as the belt's clean, oil-free drive. It could be the clean lines of the bike or the fact that Gates belts are often quieter to ride than a traditional chain.

As a specialist in urban bikes, whether that be electric or non-electric we've long been a proponent of Gates so thought it would be worth putting together a list of some of our favourite bikes.

Before tucking into our list, take a deeper dive into Gates Carbon Belt Drive with: An Absolute Belter an explainer on why and how you can break free of the traditional bike chain.

First up it's an electric bike from a brand that's synonymous with Gates Carbon Drive. German brand Schindelhauer equips every bike they sell with a belt drive, tethering it to a gearing system that fits the purpose of a particular bike. Whether that's a simple, single-speed sprocket, a classic Shimano hub gear, an innovative Pinion gearbox, or as in this bike, a dreamy Enviolo automatic shifting system.

The Schindelhauer Heinrich Enivolo, and its sister bike, the Hannah, are wonderful examples of today's urban e-bikes. It uses Gates CDX components (rather than CDN) which are made to take on the rigours of riding day in and day out, perhaps in all weathers - the rest of the bike is certainly set up for it, what with mudguards front and rear, lights and those tasty, chunky tan-wall tyres.

Best for: City schlepping at your own pace

Moving onto something simpler, non-electric but equally as suited to urban riding, perhaps just at a faster pace. A bike brand with notoriety in the road cycling world, BMC's Alpenchallenge selection of bikes are built for sloshing around towns and cities at a decent lick. The ONE version is built with Gates CDX components combined with a Shimano Alfine 8-speed gear. With semi-slick 35mm continental tyres, mudguards and a kickstand, it'd be a solid choice for commuters.

Back to electric this time, but not just any e-bike, this is Tern's electric cargo platform the GSD - the S00 to be precise. Like the Schindelhauer above, the GSD S00 pairs the silent, smooth and virtually maintenance-free Gates CDX belt, accompanying chainring and sprocket, with an Enviolo hub gear system. Predominantly designed for use in and around town, ferrying toddlers or teabags, the GSD pairs well with Gates. A GSD is likely to be ridden every day in all weathers or relied on by families or businesses as a mode of transport. We've jotted down some more information about the Tern GSD range, read The updated Tern GSD e-cargo bike. What you need to know

Best for: The weekly supermarket trip, the school run - anything you'd usually do with a car or public transport

Similar in design and execution to the BMC Alpenchallenge, the Marin Presidio 3 has long been a benchmark for a value-for-money urban bike with Gates Belt Drive. It uses Gates CDN components rather than the more expensive Gates CDX, but still promises 1,000's of riding miles before anything will need replacing. Much like the BMC, you're looking at a bike with an 8-speed hub gear. The Presidio has narrower tyres than the BMC so maybe a tad less versatile, although it has the requisite mounts for mudguards and a pannier rack.

Best for: Enjoying the benefits of Gates at a smaller cost

The e-bike's adjustable handlebar, seatpost suspension, 40mm front suspension and 5-speed gearing point toward its intended use as a relaxed commuter or a bike to enjoy a sedate ride at the weekend. Although pictured as a step-through frame above, the Chamonix is also available as a classic crossbar frame - there's even a version with a long-lasting battery if that would suit you better. The Gates systems won't require much maintenance of course, and it's actually a tad lighter than a traditional chain - another benefit of Gates Carbon Belt drive to be aware of.

Best for: Riding in comfort

Available in a whole host of colours and other various builds, the steel-framed Abington from ARCC is hand brazed in Blighty before being built up with Gates parts. A dependable, well-thought-through bike on its own, ARCC's pièce de résistance is its retrofit electric bike system. Purchased separately, or as a complete package, the ARCC system weighs under 3kg and uses widely available batteries for easy charging. Take a closer look at the ARCC e2-pod Intelligent Drive System if you wish. ARCC finish the Abington off with a comfortable Brooks saddle and Schwalbe Marathon tyres.

Last but not least, the final bike in our list of the best bikes with Gates Belt Drive is the Carbo Model X folding electric bike. It's quite unusual to find a folding bike with Gates, but Carbo has deployed the system alongside a bike that folds small and rides just as well as a bike that doesn't. Carbo hasn't forgone any other on-bike features either - the Model X has hydraulic disc brakes, lights, mudguards (although not pictured) and the ability to add a pannier rack. The Model X uses a carbon fibre frame ensuring the bike only tips the scales at 13.3kg. Do some more research on Carbo electric bikes by reading our guide.

Best for: Super commuters and those who travel

Here endeth the list of our favourite bikes with a Gates Carbon Belt Drive. If you like the sound of a belt-driven bike and have some more questions we're just an email or phone call away, alternatively pop it in the comments below and we'll get back to you as soon as we can. You'll find a selection of bikes with Gates in every Velorution store.