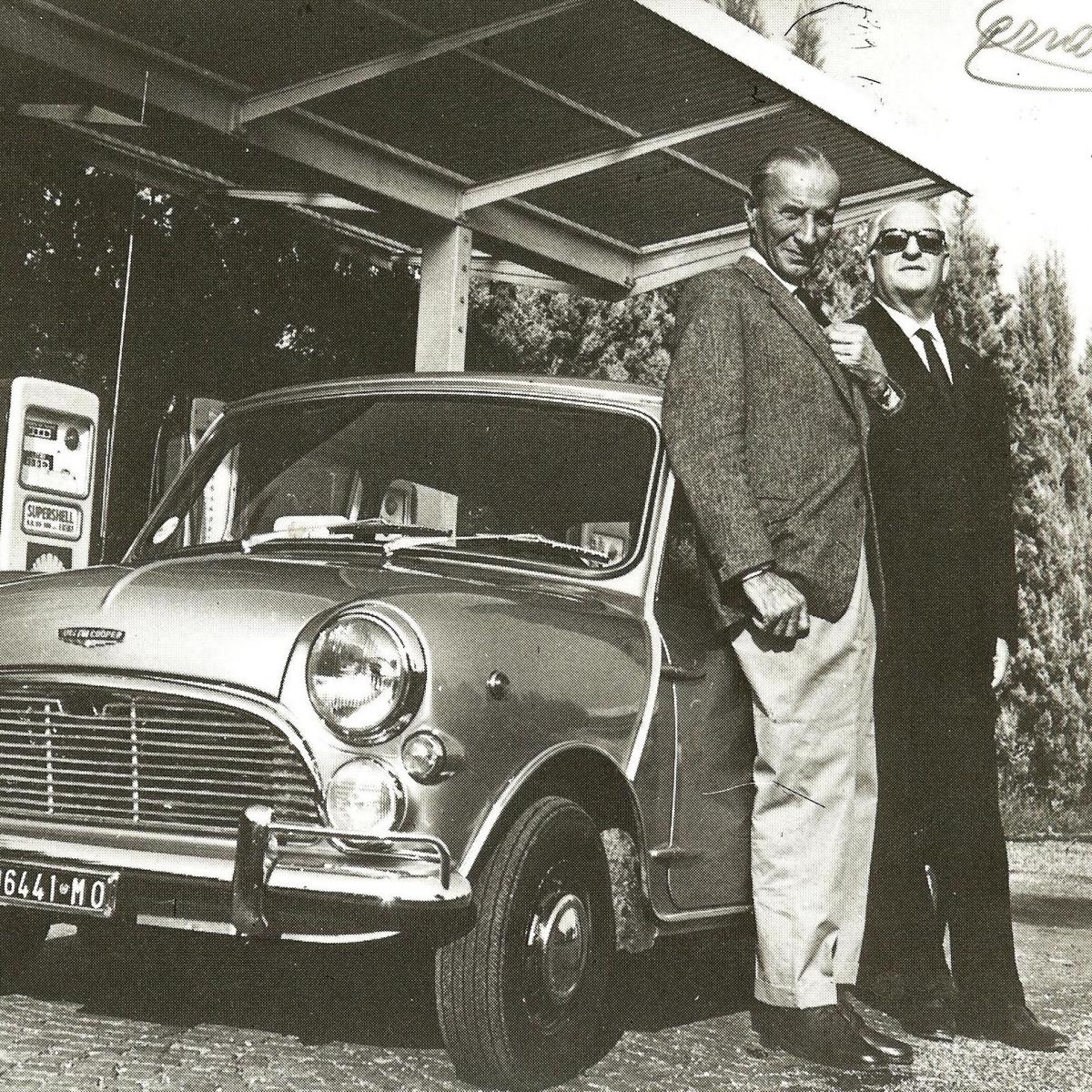 Decades of engineering expertise and a passion for stylish, urban design – this is what the COOPER brand stands for. In 1946 Charles Cooper together with his son John founded the Cooper Car Company.

The passionate thinkers had one major goal: they wanted to produce pure bred, no-frills racing cars. After their glorious Formula 1 World Championship titles in 1959 and 1960 the stylish Brits made a name for themselves in the royal league of motorsport. Then, the Cooper Car Company was considered the world’s greatest racing car manufacturer. In 1961 the first Mini Cooper, and with it a further legend, was born.

The Mini combined Cooper’s tuning expertise with an innovative, urban look and grew into a much sought-after cult car. With COOPER BIKES the traditional British manufacturer once more presents a seminal highlight of modern savoir-vivre – this time with two wheels. With the puristic, timeless COOPER BIKES, the Cooper Car Company enters a new era in the successful history of the brand.

By garnering outstanding awards like the “Wallpaper* Design Awards 2010”, the “Editors Choice of Cycling Plus Magazine 2010” and the “GQ – Best Brand Extension 2010” and numerous reports in trade press and lifestyle magazines, the unique and elegant bicycles have made a splash not only in the UK but also in the rest of the world.

At £699 The Sebring single speed is aggressive in its geometry making it perfect for city riding. The new Cooper bullhorns now have aero brakes making it perfect for cutting through town. The Cooper Pearl paint job is unique and stands out in a crowd. The Sebring can be used for both single speed freewheel and fixed gear riding.
As with the whole Cooper Range the Sebring uses the very best components for the price. The Steel Reynolds 520 frame (double butted for all your steel lovers out there) is stiff and light. The compact geometry is perfect for urban riding. The smooth ride is provided by the Alex Race 24 rims (in a dazzling polished finish) along with the ultra responsive Continental Tyres. As for stopping power the Tektro brakes wont let you down. Once again Brooks gives this bike the beautiful Brooks Swallow saddle and the frame’s exceptional finish is topped of with the intricate Cooper headbadge.

Starting at £799 the new Cooper Zandvoort 3 & 7 speeds in gun metal grey, blue or in black are the perfect choice for local commutes or longer journeys with seven speeds at your finger tips. Every journey will be a true adventure. With all weather mudguards, even on rainy days you will wonder at the bikes true agility.

The Prescott at £799 is the urban commuter bike with overdrive. Around town single speeds often rule. One gear means less weight, less hassle and cleaner lines. But there are times you need one more gear. The Prescott maintains the clean lines of the Sebring and offers you that extra oomph. The Sram Automatix 2 speed hub is fun to use and eliminates the need for fiddling with extra shifters.