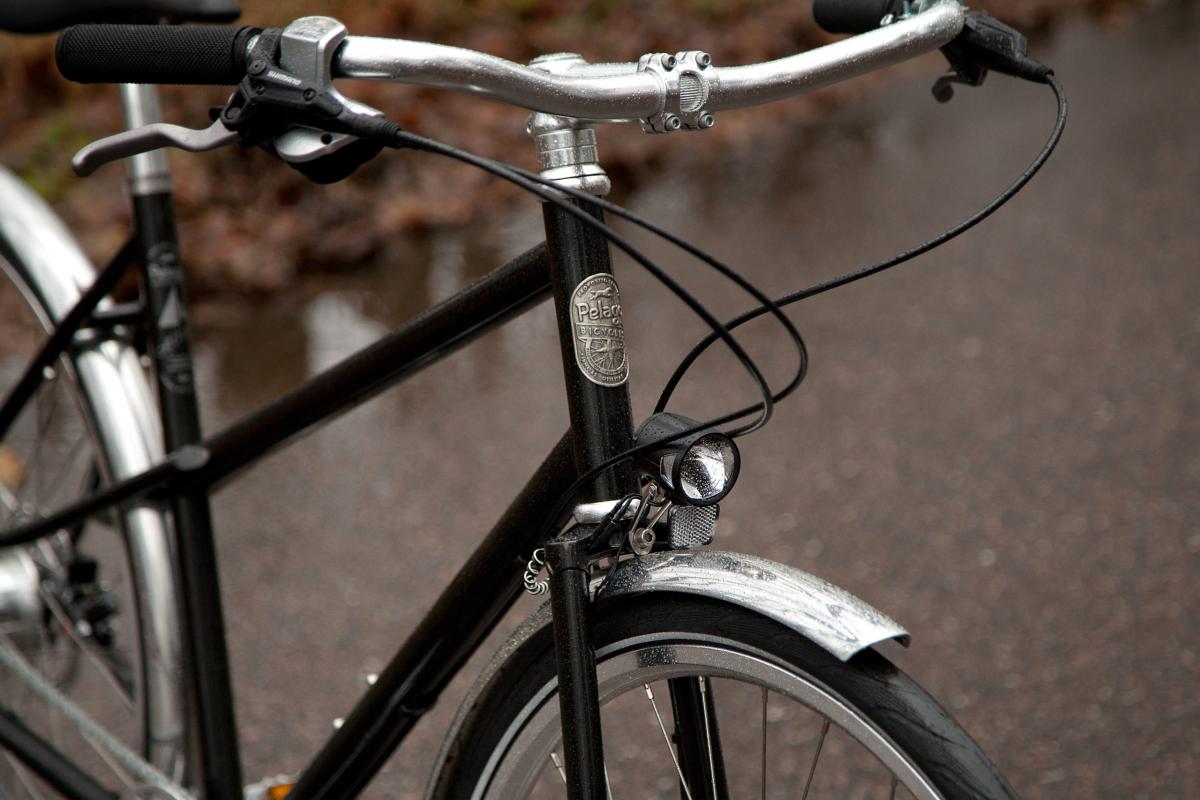 Based in the beautiful city of Helsinki, Finland, Pelago states its simple intention to be the maker of bicycles their owners can be proud of. We find out more…

Like many of our interviewees, the Finnish founders and manufacturers of beautiful Pelago bikes tell us that personal passion got them into the business of manufacturing and marketing bikes. “We started from the ground floor up,” says Pelago founder Mikko Hyppönen. “My business partner [and brother] Timo had got into environmentalism via the underground music scene during the Nineties, and I had left my job and was working at a local bike service.” What kickstarted the business was the pair collecting a truck full of scrap bikes one summer in order to repair them, but then discovering that searching for all the spare parts required for bikes that spanned several decades of production was a nightmare. Consequently, the financial return received for all the time invested didn’t add up.

“We began to use more and more new parts and it soon got to the stage where we needed our own frames,” Mikko recalls. “As by then we had experience of what made a good bike, we decided to apply our ideas to start Pelago.”

The business was born from a mix of passion and practicality, the pair wanting to build the kind of bicycles that would raise the perception of cycling beyond just being “a hippy thing, a trendy thing or a Spandex-wearing sport”. The duo had simply realised that the bike was the most logical option for personal transport in the city.

In Helsinki itself, Mikko tells us that while there is a cycling culture, it is relatively fragmented – “You have the fixed scene, the roadies, the mountain bikers, the BMX-ers” - and that cycling is more or less integrated into contemporary culture. Pelago has not one personal motto, but two: ‘Serve the purpose’ and ‘Firmitas, utilitas, venustas’, which, without digging out our boyhood Latin textbooks, they assure us stands for ‘solid, useful and beautiful’.

“We took inspiration from Roman author and architect Vitruvius, who it has been claimed deeply inspired Renaissance era masters including Da Vinci. Bikes obviously have little to do with Roman architecture, but these fundamentals are applicable to any industry of today,” Mikko believes. “Namely, that we shouldn’t waste time on disposable culture and a product is no good unless it’s a functional and useful tool, fit for its purpose. In terms of the ‘beauty’ element, obviously this attracts our attention and we tend to take better care of something we’re attracted to, thereby extending its lifespan.”

It transpires that the Pelago name originates from ‘archipelago’, the southern part of Finland comprised of thousands of little islands. “It’s nature that has an element of authenticity; just beautiful rudimental landscapes and tiny villages in slow motion. Pelago brings the fresh breeze of the sea to the city.”

Bikes with a sense of purpose

At this point it’s worth pointing out the key, distinctive elements of a Pelago bike – namely what makes them a ‘Pelago’? “Lightweight bikes with a robust build quality and distinctive details,” says Mikko. “They’re comfortable made-for-purpose cycles with components that you don’t get
on your entry-level bicycle.”

Partly as a result, Pelago’s customer base is said to be comprised of mostly urban inhabitants seeking a simple yet reliable tool for daily use, as well as people who wish to explore their passion for cycling a bit further. As for striking the right balance between features and price when developing its products, Mikko tells us: “It’s not a big concern, because we know what we want from our bikes and what features must be there. Then again, there’s always the temptation to keep adding features, so sometimes it becomes a balancing act and there’s a need to draw the line between what’s necessary and what’s not.”

Although Pelago’s team have so far been designing bikes independently of customer feedback, based on personal experience, intuition and an understanding of common cycling needs, its growing popularity means that inevitably it will be taking some of the concerns and wants of its audience on board for future products. “We will be implementing some of the feedback we’ve received,” says founder Mikko. “Our staff are avid cyclists who participate in the process from different angles to deliver timely products.”

For female cyclists, the Brooklyn bike is flagged up as Pelago’s most popular model, which has been in production since the beginning, and is described as a subtle and timeless model at a reasonable price. A newer model, the Airisto, introduced in 2014, has also been very successful. Regarding men, Mikko notes that the selection is “more democratic”. The Bristol is popular in its price range, but he adds that men often look for a greater number of technical features or simply a faster bike.

When it comes to colours, the Pelago team also feels that ‘timeless’ is best. “We like natural, darker colours that don’t distract your eye in the street, but rather blend into the environment. Black is timeless.”

While intending to maintain its focus on commuter bikes, the Finnish brand is also keen to explore new areas, materials and features. Mikko notes: “We are a young company and often feel we have barely scratched the surface of what we’d like to do, so we’ll be executing new things as we go. Watch this space!