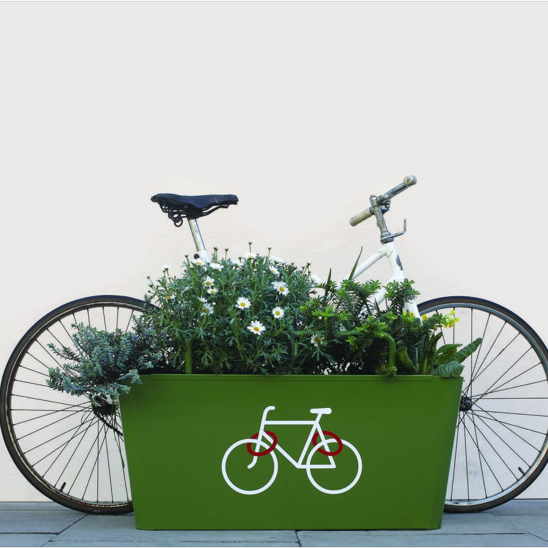 In a world where domestic and civic design all too often delivers little more than idle affectation, the Front Yard Company’s PlantLock is a joy.

A mind-bogglingly under-complicated invention, it simultaneously safeguards your bike, provides greenery and declutters the house. Moreover, it encourages the use of that great British waste of space known as the front garden. If embraced by urban planners, as it must surely be, the double whammy of parking and perking up the locale can only encourage more people to ditch the infernal combustion engine.

Security, biodiversity, community and total Feng Shui rolled into one, who knew boron steel could be so brilliant? Charlie Waterhouse did.

The thinking behind PlantLock was to produce something robust that doesn’t need to be concreted into the ground. When you fill up the planter with gravel and compost it weighs 75kg-125kg. With a bike locked to either side, it’s nigh on impossible to move. The bars that you lock the bike to are boron steel. It is manufactured in this country as the components are so heavy; it wouldn’t make sense to import from the Far East.