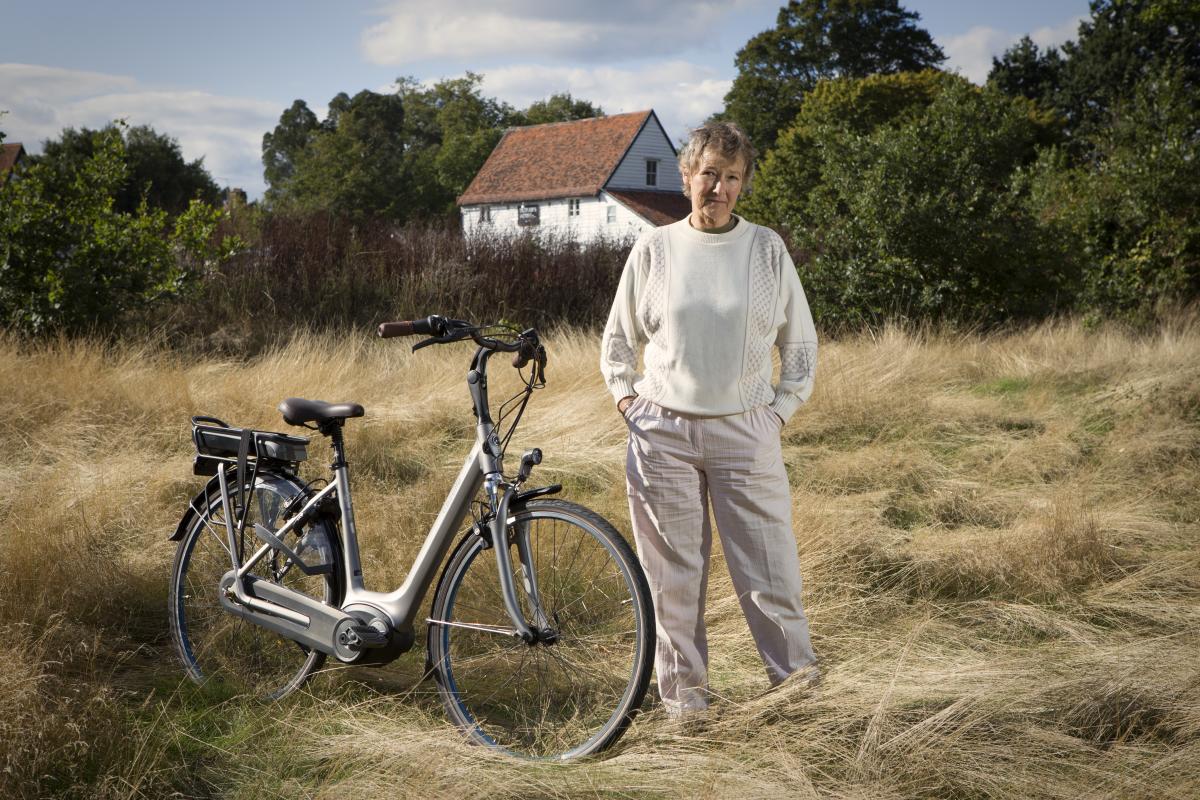 What do you do for a living?

I have been enjoying my retirement for 10 years. Previously I was a carer for an elderly friend and before that I did clerical work.

What are you passionate about?

I have always been really sporty participating in lots of active team games like rounders, tennis, netball and hockey, which I played until I was 45years old. Cycling has always been a part of my life, plus swimming and our fun skiing holidays. I had problems with my knees and they had to be replaced hence the move to an electric bike.

How long have you been a cyclist?

I learned to ride when I was 10 years old. My dad had to fit blocks onto the pedals because my legs were not long enough to reach them. It was a 24-inch boy’s bike, so I had to swing my leg over the saddle. This bike belonged to my elder brother before me, and was then passed down in turn to the other two. My youngest brother is 10 years younger than me so I would put on my roller skates to keep up with him as he learned to ride. Fun times!

What bike are you riding?

After we had our bikes stolen, and in part because I had the knee replacements plus we are both getting older, we decided to go for it and buy two lovely new e-bikes. I have chosen a Gazelle Orange C7 HMB which has a comfortable saddle and nicely rounded handlebars that have been adjusted so I can ride in a more upright cycling position.

How often do you ride?

As much as possible. I am going to ride much more on my new electric Gazelle.

What appeals to you about cycling?

I like the freedom of cycling. I mainly cycled to work as it was convenient and quicker than public transport, I could take the side roads and short cuts, avoiding the traffic and pollution. also used to ride to the local market for fruit and vegetables, the bags were so stuffed that the poor bike wobbled on its way back home - mostly uphill!

Now we have the advantage of pedal assistance I intend to ride more regularly, either locally in Epping Forest or along the River Lea towpath northwards to Bishops Stortford or south to London and the River Thames picking up all the cycle routes along the way. We have a rack for the car so we will be heading off to pastures new, we may even take the electrics across to the continent. New adventures!