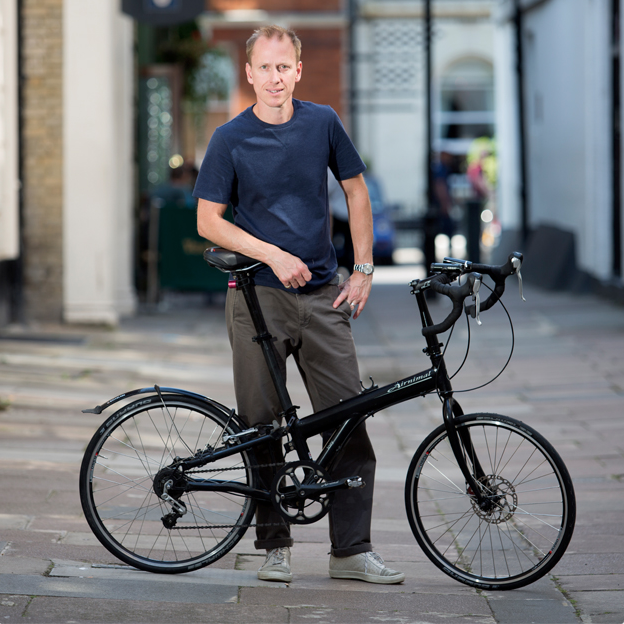 What do you do for a living?
I am a hairdresser at John Frieda on New Cavendish Street in the West End. I have been there for over 20 years. I am mainly based in the salon but have worked on countless fashion shows and shoots in London Paris and Milan. It's a great job.

How long have you been a cyclist?
Ever since I learnt to ride when I was a kid I’ve been obsessed with bikes.
I remember getting a BMX when they first came to Britain, after watching ET I had to have one.
I’ve been commuting on a folder for about 10yrs and competing in sportives and a few triathlons for about the same time.
For commuting I now ride an 8 speed Airnimal Joey Commute and the guys at Velorution changed a few of the components on it so it rides even more like a road bike. After many years of riding more inferior folding bikes I now have the bike I should have a bought ages ago. I love it.
Obviously the fitness side is incredible, there is no doubt you can get very strong on the bike quite quickly if your committed enough. I love doing events like the 100 milers they really test you plus you get to see some beautiful countryside.
There’s nothing better than meeting up with mate’s on a Sunday morning for a ride.

What’s your favourite cycle route or destination?
I ride pretty much everyday rain or shine. I live in Kent so I’m spoilt for the most amazing traffic free roads whichever way I go and it’s really hilly so it’s always a tough one!